Having It All: The World According to Yahoo's Melissa Mayer

Much has already been written about Melissa Mayer's appointment as Yahoo CEO. Some commentators say her appointment in this position has taken women's progress in the tech sector to a new high. Others question the wisdom of putting a woman who is six months pregnant into the top job at a struggling company. 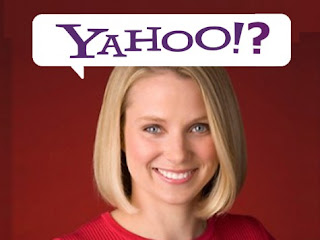 Indeed Yahoo's step is a bold one, as is Mayer's. While I would probably sell my firstborn for the cool $59 million Mayer is set to make, she is stepping into not only a pretty darn big job, but into the spotlight as the poster child of "the woman who has it all."

Now, I don't even want to tackle the question of whether or not this decision is a wise choice - on her part or on the part of the struggling tech giant. Admittedly, I'm of two minds on the subject - on one hand, I think she's a significant role model out there for career women who want both family and a powerful job - a balance men have had for millennia. On the other hand, I worry about the wisdom of leaving a brand new baby, who ultimately, needs his mom. I also worry about the emotional life of a first-time mom who is not only trying to cope with sleep-deprivation and post-natal hormones, but the pressure of turning a company around.

Not to mention the pressure of dealing with a rabid press, who, if she fails to make Yahoo the next Google in short order, will blame her family state - if only to smugly prove that "women can't have it all." The media is constantly looking for icons, and when they fail to live up to the pedestal they are put upon, few attacks are more vicious.

Rather than get into the "should she, shouldn't she" debate, instead I think the fact that she's in this position is a fascinating statement. How far we've come since the Mad Men days, that a woman, especially one who is growing a new human, is considered strong and smart enough for a top job in an industry that is famously dominated by men. What a victory for women's equality, for the smashing of the glass ceiling. What a boon for Yahoo to be willing to consider a young woman, regardless of her gestational or gender or years-on-the-earth status, but based on her brilliance, her intelligence, her future-focus and her obvious merit in the role. It is particularly significant, given the American propensity for getting involved in public figures' bedrooms, to disregard her in-your-face fecundity. She is an inspiration to little girls who love math and science and technology and who dream of big careers.

This is the good news to have come out of this announcement. But there is the bad news too. Mayer's willingness to take on this job while six months pregnant - announcing she will only take a brief maternity "leave" - (my holiday to Belize this fall will only be slightly shorter) sets a challenging precedent for other women who wish to be in her shoes. Is it really "having it all" if you can only be a full time mother (and brand new mother at that) for two weeks, before you're expected to be back on the job? Is it truly a victory for a woman to go from one of the most significant feminine experiences - giving birth - to being back in the office in the time of an average pay period? Is that really different from giving birth and being expected to be back working in the fields, as in the days of our ancestors? Have we really progressed that far?

In truth, I think we have. I think it's significant that we're even having this conversation. But I do think Mayer's appointment, and her decision to truncate her maternity leave, sets a challenging precedent for other career women. I don't want to feel that, in order to succeed, I have to deny (or put on the shelf) the experience of being a mother, in order to succeed in the boardroom (as reality-fueled that may be). I want a mat leave - I cherish the idea of a mat leave, important time to bond with your new child, time to take on your new maternal identity. I can only imagine what's going on in the brains of other women who work at Yahoo - "Oh god. If I get pregnant, do I have to follow in Mayer's footprints in order to succeed at my job?"

|For me, at 35, I'm at that "do or die" place - have children now or forever hold my peace. I've been waiting for the right time - financial and relationship stability - and now that I have it, it still seems like the wrong time for my career. Now that I've built up the momentum for my career to take me to some interesting places, is now really the right time to pause for a baby?

Mayer's example would suggest that you don't really need to pause. But I'm also of the belief that if you're going to have children, they are your responsibility to care for - not necessarily to throw into the waiting arms of a nanny, or grandparents or day care. While some kind of child care will always be an issue, I have no doubt, despite the willingness and nurturing ability of my spouse, I do want to be a primary influence in the life of my (yet-to-be) child.


Which takes us back to that question. Can women really have it all? In Mayer's case, I guess we'll soon find out. In mine? I really have no idea.
Posted by Marliss Weber at 18:28