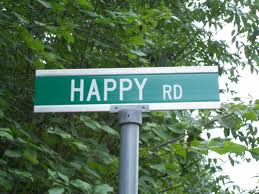 I recently watched This Emotional Life, the excellent documentary series written, researched and hosted by sociologist Dan Gilbert (yay Netflix!).
In it, he details many issues associated with mental health and follows interesting cases of people with wide-ranging concerns - everything from PTSD to depression to attachment issues to cancer. Throughout the documentary, Gilbert compassionately addresses how these and many other mental issues impact a person's general well-being and happiness, and the last episode becomes something of a pursuit of happiness, as Gilbert explores a new wing of science - positive psychology.
One of the most interesting gems from this documentary is the connection between aging and happiness. As someone with a bit of a phobia about aging - I'm terrified by the years passing, of not accomplishing enough, of getting old, of my body and mind falling apart, of losing loved ones, of losing myself - I'm of the school of thought that aging must spell unhappiness. What's more depressing than knowing you don't have much time left, or watching your friends and family die? Just thinking about it stresses me out.
But fortunately, science is rather reassuring on this matter. Several longitudinal studies (here and here - although I couldn't definitively find the one reported in the documentary) show that happiness (or a sense of general well-being) is actually improved as we age. That 40-year-olds are happier than 20-year-olds, and that 70-year-olds are happier than 40-year-olds.
So, theoretically, at least, it just keeps getting better and better.
And looking at my own life, I have to admit that it does. When I was in my early-twenties, I was crippled by a terrible depression, a malaise that took years of my life, and almost took my life as a whole. So, while the bar is set awfully low, I can happily (ha!) say that I am exponentially happier now in my mid-thirties. While I think I'll always be a 'recovering depressive,' I've learned tools over time to counter my depression, and  I have a far more positive outlook now than I did fifteen years ago.
And not surprisingly, the things that have made me happier over the years are the same kinds of things that get better for most people with time: close, long-standing interpersonal relationships, greater financial stability, connection to a community, pets, professional satisfaction, sense of purpose, pursuit and engagement in hobbies and passions. And according to this study, these are the kinds of things that help us to age well - to live longer and healthier.
My grandfather is a perfect case in point - at 92, he's as engaged as ever: he plays the fiddle, he jams at the legion, he lives at home, drives, takes care of himself and his house and his yard, and goes out to dinner with countless friends three-to-five times a week. And counts himself as a pretty happy person.
While I'm lucky I think I can count on some good genes - in the age department, anyway - this documentary really hit home about the importance of mental health, particularly as we age.
While I don't believe wholly in the Louise Hay 'You Can Heal Your Life' philosophy - put simply, that negative thoughts cause cancer, and that positive thoughts alone can heal it - I am reminded that we are what we think, and that our thoughts can actually cause long-term changes in our brains. For example, as the documentary tells us,  fMRI-imaging has shown depressed people to have hippocampi (the part of our brains that controls our memory, amongst other functions) that are shrunken and atrophied. There is positive news that with some anti-depressants to improve the regulation of neurotransmitters, depressives' hippocampi can show renewed cellular growth. So, as depression eases, our brain structure changes to accommodate new thoughts, new health.
This is powerful stuff. I'm not alone, I'm sure, in feeling like my depression was a period of stagnant self-pity. That if only I was stronger I could 'shake myself out of it.' While I know that I, like many others, had/have a brain chemistry imbalance, depression is still a mental illness with great social stigma, despite it being as common as it is (statistics being anywhere between one in four, to one in six people will have at least one major clinically-depressive episode in their lives). Reinforcement of its medical causes and impact is always positive in my book.
So can we look forward to greater happiness as we age? I hope so. I know I wouldn't want to repeat any of the steps that I've already been through -not that they've been bad, just that I've been there, done that (even though a piece of me would love to be just starting my post-secondary career again, with all the hope and the possibilities that time of life entails), I'm pretty happy to be where I am, and I'm optimistic about the future. And counting the blessings in life sure helps to remind us how sweet it truly is. 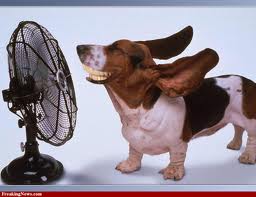